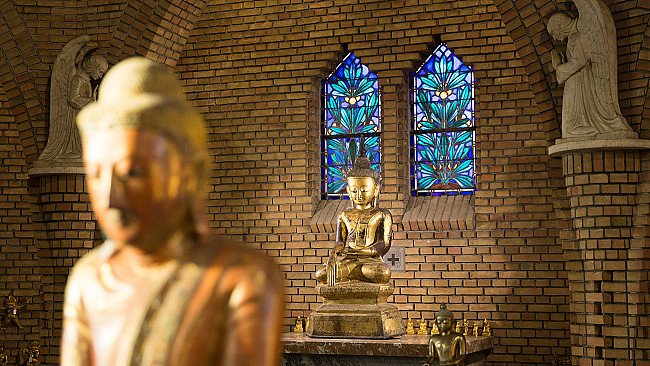 There was no any depiction of Buddha statues for four to five centuries. Because prior to this time, it was forbidden to carve a statue or any other sculptures relating Buddha. However, there was not any strong evidence which could prove this restriction. But later the King Ashoka got inspired by the teachings of Buddha and built a monument, now called Ashoka Pillar with some inscription engraved in it. Prominently, the archeologist research in this script has been one of the factors to prove the ever ending conflict about where Buddha was born. And ultimately, it was clearly mention that Buddha was born in Nepal. Later the great King Alexander step forward for preserving the local cultures and religion which led in carving the first Buddha statue in between the Afghanistan and northern Pakistan. Meanwhile, there is not any standard way of representing Buddha; moreover it was built according to the people’s beliefs and the way how the artist gets inspired. 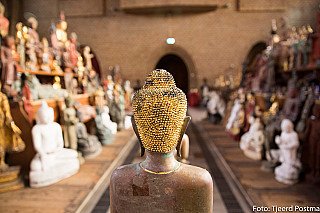 One of the most influential Buddha statue built was Gupta art and Amaravati style. The depiction of Buddha statues then started from India to all other countries of Asia. It is consider honest that the Buddharupas of India, Srilanka, Javanese Sailendra art in Indonesia and Cambodia Khmer art represent the actual proportion of Buddha. Later, the ascendant artist practices built the emaciated statues. Still some features of Buddha are common to each other like long ear lobes, broad shoulder and ushnisha at the top of Buddha head. The statues has been portrayed in diverse postures which are of standing, sitting, lying down and other Dhyana mudras. The lying down position is usually depicted as Buddha sleeping, which is really not rather it symbolize Buddha dying. The hand rested in the lap signifies the meditation, in the sense that all the sufferings, pain can be relived and the supreme knowledge enlightenment can be perceived through mediation.

Many monuments, Buddha statues are built in several countries spending millions and billions of money. People get confused that, they built them for worshipping but unlikely they are erected for getting the blessings and lessons of Buddha by doing meditation in front of him. The Buddha statue is discerned as an emblem which is useful in creating devotion, boosting mind and focusing attention.