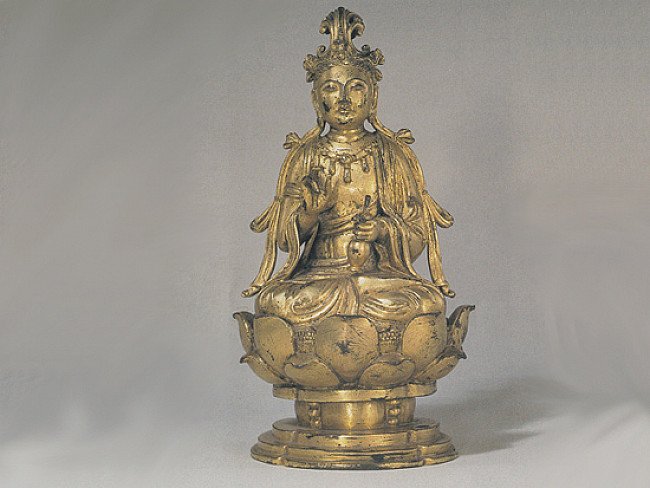 Maitreya, whose name means 'Friendship' or 'Benevolence', is the next Buddha, said to be residing currently as Bodhisattva in the Tushita Heaven. He is recognized by all Buddhist traditions, including the Theravada.

It is believed that Maitreya will first appear on earth at BodhGaya, where he will be enshrined by Shakyamuni as his successor. According to some traditions, he will break open a stupa containing the past Buddha Kashyapa, who has been waiting inside for his coming.

Maitreya may be shown as Buddha or as a crowned and ornamented Bodhisattva. Images of Maitreya can be identified by a small stupa in his hair, and he often holds a flask or vase said to contain the elixir of life.