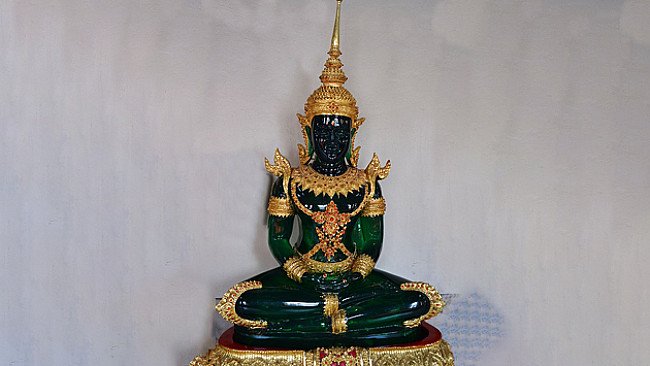 The Jade Buddha statue is perhaps the largest Buddha statue carved from the gemstone quality jade which is regarded as the representation of Universal Peace. The Jade Buddha is 2.7 meters high and weighs 4 tons sits on the alabaster throne of 1.4 meter high. The huge size and scintillating beauty of Jade’s make it one of the wonders of the world. It is contemplated to be invaluable. The Buddha has been built from the rare boulder of translucent jade discovered in Canada in 2000 and was carved into patterns in Thailand. The making of Jade Buddha started in the year 2003 from the idea emerged in the Cheyenne Sun Hill mind, who was a jewelry designer in California. He was actually a Buddhist looking for a temple to create a Jade Buddha from a polar pride. Many prototypes of clay and fiberglass were created before commencing the carving process in Jade. The Jade is the depiction of Buddha inside the Mahabodhi Stupa situated at Bodh Gaya, India. It is modeled similar to that statue. The reason behind this is; Mahabodi Buddha is universally recognized by all Buddhists because it was the place where Buddha receives enlightenment . After the successful sculpting of Jade Buddha in 2009, it was taken for the world tour where tens of thousands of people perceives the blessing of modern day Buddha built from single huge gemstone. 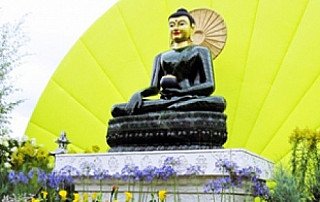 The spiritual master Lama Zopa Rinpoche divined that this Jade Buddha would illuminate the world. Since, the war has begun precisely at that time. There was no peace, no trust among peoples of world. So, the master suggests the idea of offering the world a Jade Buddha which will create a feeling of peace in human kind. And he named the statue as Jade Buddha for Universal Peace in a belief that it will inspire people to follow the path of peace. It will lighten up the world with its sparkle and bring back the incomprehensible peace and happiness that will rejuvenate people’s lives again and prevent from destruction including war.

The purpose of building such an incredible statue was for maintaining the world peace; arouse the similar kind of serene feeling in everyone like Buddha, peace in human being relationships, peace at work, peace in families, peace in our mind. Such an inspiration which would possibly bring joy and motivation in our lives who are able to see the Jade Buddha. This is one of the expensive masterpieces ever built by mankind to honor the peace of Asia Buddha. However,  Jade Buddha is the only one for the peoples of world. But Antique Buddha Statues have the variety of Buddha statues which can bless you with the exact peace and happiness that Jade Buddha would provide you. The divine blessing, Buddha's teachings, lessons of life can be achieved by simply keeping a Buddha statue at your home. They can be kept in your favorable place where you could practice meditation. The garden Buddha statues are mostly suitable at your open spaces engulfing you with positive feelings. Budhha is the Supreme deity who can eliminate all the illusions of your life.