Home / Reasons behind buying Buddha statues for you

Reasons behind buying Buddha statues for you

Who is The Buddha?

Among the branch of Buddhism, Theravada Buddhism believes that Siddhartha Gautam is the only one Buddha who achieved the true enlightenment. According to this branch of Buddhism, the Buddhist monk who follow the Buddha and practice the dharma, he or she will achieve the level of arahant but not the Buddha. Even though arahant is fully enlightened being but they are not regarded as the Buddha.

Other Branches like Mahayana, Vajrayana and Tibetan Buddhism believes that if one achieve the true enlightenment that he or she may be refers as the Buddha.

Whatever may be the belief regarding the Buddha, when we talk or visualize the statues, we are obviously referring to Siddhartha Gautam Buddha as the Buddha. But we may see variation in the statues because of the localization of the statues and also confirming the various postures as mentioned in the Buddhist scriptures. 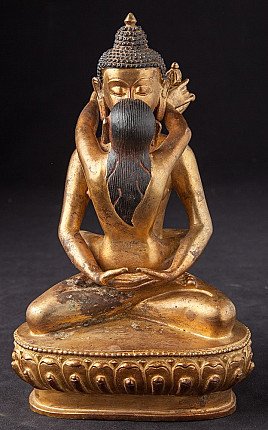 As we can see the Buddhist temples, monasteries and stupa houses Buddha statues. The reason behind this is to circulate the positive vibration and energy in the surrounding. Therefore people visit these places to feel the vibration and energy and eliminate any negative energy. Sometimes the people also resides in the monastery to learn the Buddhists philosophy and meditation.

The scenario is a bit different when person houses the Buddha statues in their homes. The reasons is likely to be influenced by the nature of that person or how the person is associated with Buddhism.

For Theravadin Buddhist having Buddha statues at their homes may be associated with the daily worship schedule. As they won't be visiting the temple and monastery regularly unlike other religious person do, they have built up the shrine at their homes. When they have their own small shrine, they can worship the Buddha, meditate, chant Buddhist mantras anytime they would like. It is believed that by doing these kinds of acts- meditate, chant, and worship, people will be able to capture some sort of inner satisfaction which leads to the peace of the mind, heart and soul. Normally, these activities are observed either in the morning or in the evening times or both the times. The case is also same with the people following other branches of Buddhism and are religiously associated with Buddhism.

We have authentic and real antique Buddha statues

For people, who appreciate Buddha's teaching and are not associated religiously with Buddhism, having Buddha statues  at their homes may be due to the soothing experience that they feel. Not only this people also finds the statues signify one's self-belief and inner peace. They too believe that by placing the statue in their homes will eliminate negative energy and fosters positive ones. Some also view the statue as a motivational factor and spread message regarding one can attain the full understanding of life in the deepest way possible.

Hence due to these reasons people tends to buy Buddha statues to house either in the shrine or other places at their home according to the nature and necessity of the people. They either visits physical store and grab the statues by closely observing or they get it from any one of the online Buddha shop after thorough research by visiting various online Buddha statues gallery. Sometimes the people also find Buddha statues for sale in these online stores where they get at very cheap price.

View our collection of Asian arts and crafts